Posted on 12 June 2012 Categories: Uncategorized No comments yet 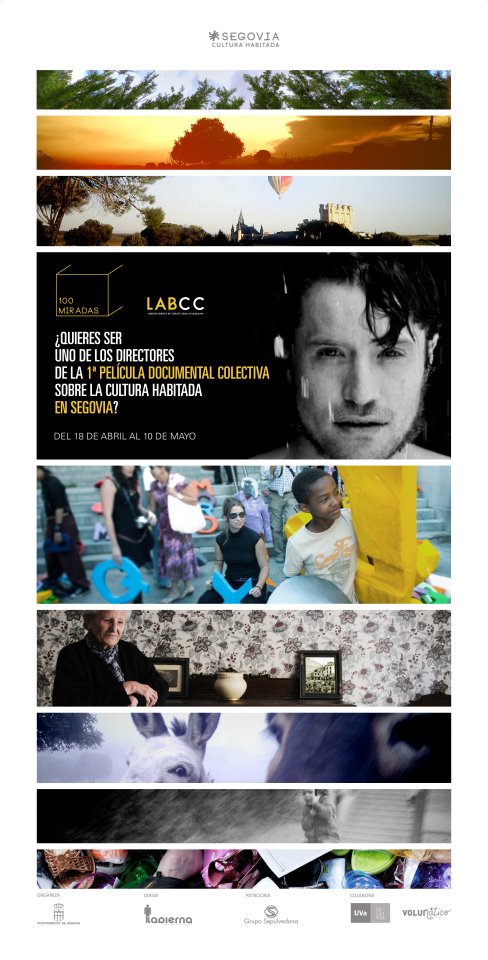 Segovia is living heritage. It is pure culture to be experienced and visited, to be seen, built and shared.

Segovia Inhabited Culture has came out of the hard work and the enthusiasm put forward by the local community in their pursuit to become Segovia2016 European City of Culture. It has came out of a city that has found itself, that has discovered the energy and commitment within itself.

100miradas LABCC (Laboratorios de Creatividad Ciudadana) is the continuation of this creative current, of this collective consciousness for a more-inclusive, cross-sectoral and transnational approach to culture in Segovia. 100miradas is an audiovisual lab where all citizens in Segovia were given the opportunity to approach the audiovisual language and blossom their own capacities. Open to experimentation, 100miradas was their first encounter with the creative processes so the participants could complete their own opera prima, their own short documentary on an personally choosen subject.

The lab was an open, collective and participative initiative that aimed to convert the hierarchy of the overpowering mainstream cultural channels into a new model where the bound between creator and observer merges as to become interchangeable.

Because culture is not an inclusive concept but a vital experience the individual should inhabit.

CinemaAttic has been one of those inhabitants.