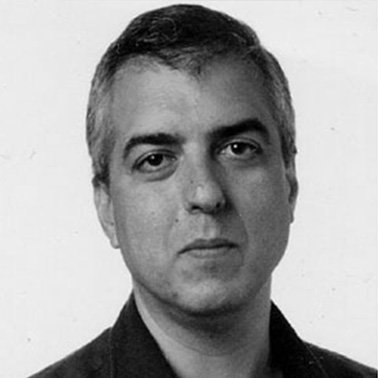 b. Zeanuri, Euskadi (Basque Country), Spain, 1961.
Director of KIMUAK
Degree in Psychology from the University of Basque Country, although never put it to practice.
A cinema lover from a very young age, but turned his passion into a career in the early nineties, when he started organising film
conferences and festivals, drawing and editing cinema publications, writing articles and subtitling.
Since 2002 has been responsible for the management of KIMUAK programme that promotes and distributes Basque short films.
KIMUAK is a Basque Government project curated by the Department of Culture, which celebrates its 20th anniversary in 2018.