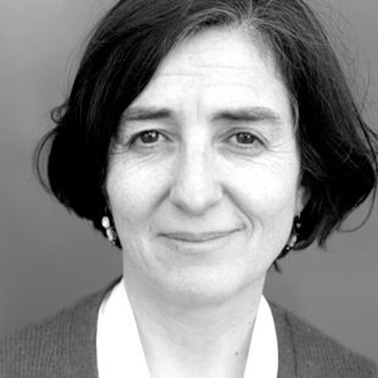 b. San Sebastián, Euskadi (Basque Country), Spain, 1961.
Animation director, Animator, Producer
Studied Fine Arts at the Kunstakademie Duesseldorf, Germany and Animation at the California Institute of the Arts (Calarts).
Worked for several animation productions in Los Angeles. before returning to Spain in 2003 to direct Animac
(International Animation Festival of Cataluña) and take on the coordination and programing for the Laboratory of Moving Image
(LIM) in Arteleku, Center for Contemporary Art in San Sebastian, Spain.
Directed and produced several short films including:
La Gallina Ciega (2005), Ámár (2010), Bajo la Almohada (2012), Amore d’inverno (2015) and Kutxa Beltza (2016).
Her films have won over 50 international awards, incl. a Goya Award nomination in 2006 and have received world-wide recognition.
Since 2005 she has taught an experimental animation workshop at the National Institute of Design (NID) in Ahmedabad, India.
For the last three years she has been a guest animation professor at the China Central Academy of Fine Arts (CAFA) in Beijing.