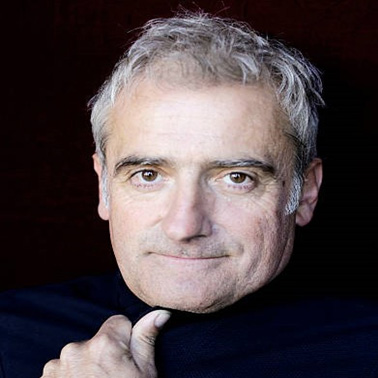 b. Bergara, Euskadi (Basque Country), Spain, 1969.
Director, Screenwriter
Born and raised in the Basque Country.
Entered the film industry as an electrician.
In 1996 took a leap into screenwriting and made his first short film together withTelmo Esnal: Txotx.
As of 2000 has been directing various TV programmes at Euskal Telebista (Basque Television).
For his 2005 debut feature, Aupa Etxebeste! was nominated for Best New Director at the Goya Awards.
Amama: When a Tree Falls is his second Basque-language film, and only the second Basque-language film to play in competition
at the San Sebastian Film Festival (2015).
In 2008 founded (together with Marian Fernández) the production company Txintxua Films.