Posted on 12 September 2014 Categories: Uncategorised No comments yet 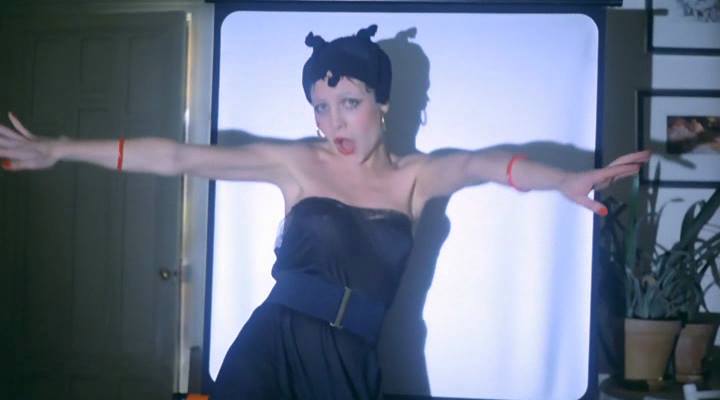 We are delighted to present in Edinburgh, as part of the programme of SCALARAMA 2014 (a Celebration of Cinema across the UK every September) Iván Zulueta’s 1980 cult feature film ARREBATO (RAPTURE).

Arrebato tells the story of José (Eusebio Poncela), a filmmaker who experiences two life-changing events: firstly his ex, Ana (Cecilia Roth), turns up in his life again, hooked on heroin; secondly one of the many tapes of experimental films sent him by an amateur filmmaker will launch them both into a spiral of addiction and obsession.

In an article of 2011 at BFI’s Sight and Sound, film critic Mar Diestro-Dópido says: “As in Carroll’s Alice, we are invited to cross to the other side of the mirror as the protagonists are seduced, then possessed and consumed by a Super 8 camera. Provocative and defiantly honest, as well as at times kitsch and silly, this utterly hypnotic film is a disturbingly accurate portrait of addiction, not just to drugs but to cinema itself, in what turns out to be a journey into the most absolute solitude”.

For some critics Zulueta leads directly to Almodóvar; the two were close friends, and Zulueta made a series of unforgettable, instantly recognisable posters for numerous films of Almodóvar’s, as well as for Buñuel’s Viridiana and many more. But Arrebato worked like a curse, bringing real-life tragedy in its wake. Drugs in general and heroin in particular took their toll on several of the film’s performers, and some, like Zulueta, were never able to overcome their addiction. Like his protagonist, unable to accept reality on this side of the mirror, Zulueta became addicted to heroin and effectively disappeared into long-term voluntary retirement at his family home in San Sebastián.

To quote one of the protagonists of Arrebato, the film will leave you “In ecstasy. Left hanging in the middle of a pause. Ruptured.”

Thanks to Edinburgh Film Guild and Film Hub Scotland