Home > The Best of August Fest

The Best of August Fest

Posted on September 16, 2014 Categories: Uncategorised No comments yet 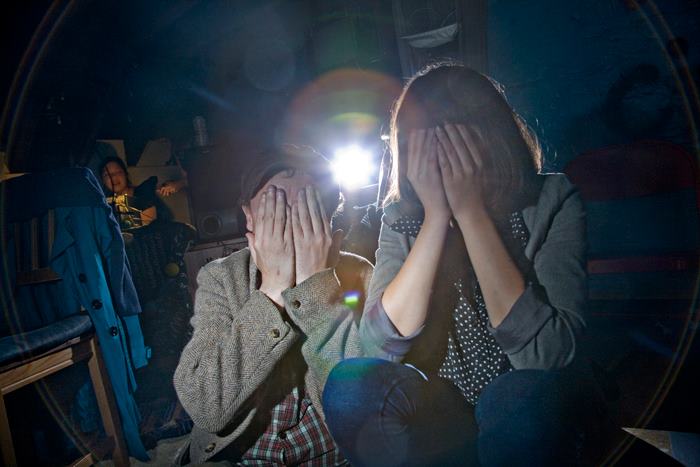 It’s time to award the films you chose best of CinemaAttic Festival August, cinemaatticos, and a new (last) chance to watch them!

Whether you were out of town or fancying a new approach, this coming Friday 19th of September, in our shelter at Summerhall Edinburgh, you will have the last opportunity to enjoy both the winners and the most interesting films of our nine shows during August.

Sponsored by Deli Goya23 -South Bridge-, by voting not only had you light up your likings, you have also contributed to Spanish & Latin-american independent film industry since winners get a hundred pounds (100) award. From honesty, you on top of it have suprised us with your choices since they surely show your finest passion for cinema as well as for innovation by all means. This is to say that your decissions go to congratulate two animation short films and a pure documentary short film, films nonetheless grounded to their very reason of being and without a shadow of a doubt sublime works.

Madrid en Corto Shows Winner is El Ruido del Mundo (Noise of the World) by Coke Riobóo. No longer than four years ago was Coke presenting another of his masterpieces to audiences in Stirling and Edinburgh, he brought us this time a unique piece of work. Music and fine art convert in this fantastic short film in a technique we must say nobody has achieved in Spain. We are delighted to open up our senses to the noises of the world as are we to give him this award.

KIMUAK Shows Winner. It seems our audience to have a taste rather close to that of the Academia del Cine (Academy of Cinema) in Spain since the former showed respects to Minerita (Little Miner) by Raúl de la Fuente as did the Spanish Academy in one of the most important cinema awards of Europe: Goya Awards. Minerita is one of those stories worth to be told by cinema mediums, is the clear incursion of fine technical achievement into raw reality. It is documentary film art we agree on awarding.

Animaton Tribute to Norman McLaren Shows Winner is Canis by Anna Solanas & Marc Riba. I+G Stopmotion studio is unique in Spain precisely for what they do: bringing motionless objects to live in superb artistic manner. We could honestly have been amazed by the audience choice to single out Canis had the film’s obscure realism shadow the magnificence of this authentic masterpiece of stop-motion animation. To be fair, this is not the first time these two artists make our chin drop thanks to the artisanship of their dark cinema.