Part of Scalarama 2019, Cinemaattic start a promising season ahead with the best independent cinema from Spain and Latin America, bringing a programme of short-films focused on a very particular town, Madrid. Protagonist, voyeur city, Madrid has seen the changes in contemporary Spain from a privileged point of view.

This programme of films aims to help viewers to get a better feel for life there. After the success of last year’s “Madrileno gastronomic experience” We will show you Madrid properly again, with a “bocata de calamares” in hand (In Edinburgh).

Sadly, Madrid is now in the spotlight for very different reasons. Madrid face for first time in democracy a government supported by a far-right party (Vox) and threatens to destroy the great legacy of Manuela Carmena administration on LGTBI rights, low emission zone policies, and a wide range of social measures – praised and celebrated recently by The New York Times-.

It seems like a good time to rethink what we know and how we see Madrid through films.

In the words of Basilio Martin Patino -in our humble opinion-, the most neglected and yet one of the most important of all Spanish filmmakers:

“Madrid has always been a sort of attraction for pleased strangers, coming from all corners of ‘the peninsula’ or the planet, to take root in a magma that allows them to free themselves from reductive nationalisms, from ties, or from I do not know what neurosis with that “idea of identity”. Living in Madrid, as the celebrated mayor Tierno Galván said, is now simply BEING from Madrid. And this is the well-known essence of its conglomerate, plural par excellen

ce, tolerant, well-matched with all, serene, ironic, peaceful; multiform synthesis of traces and successive cultures that have been leaving their trace for centuries” 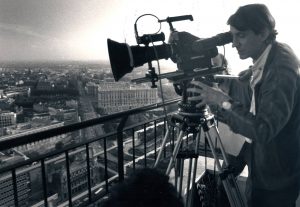 A true Madrid experience wouldn’t be the same without proper food from Madrid. And from them all, the signature dish: the Bocata de Calamares ( Calamari roll)

Rafa has pledged he will spend the whole day chopping, marinating and frying calamari for you all. He also promised to use a very kitsch bad taste apron. You just have to shout “Uno de Calamares Rafa!!” as you walk into the venue. He promised to greet you with the apron on, and even give you some aioli if you shout loud enough…

El niño que quería volar – Jorge Muriel  The narrator shares a collection of his most crucial childhood memories from the 80s spent growing up in Madrid. With all its toxic masculinity, enforced gender roles, preferential treatments and many other regular adult fuck-ups that he had to deal with. A deeply moving psychological study, beautifully shot, well written and perfectly directed. Not a second in it feels in any way contrived or wasted. However, a separate honourable mention deserves the acting, because it is not very often that one is lucky enough to witness such heart-clenching, genuine child actor performances as this. Overall, Freud would be impressed.

Zapatos de Tacon Cubano – Julio Mas Alcaraz  An inseparable pair of lovers, best pals, business associates and Flamenco apasionados roaming the capital, trying to blur out various pangs of reality and focus on their mutual goal. A dreamy portrayal of a dream, no matter what stones are cast at it.

El hombre feliz – Lucina Gil Someone found a happy person in Madrid 20 odd years ago. Scientists wonder – is he a specimen of a rare breed or just a fraud? Enquiries are made, some interviews recorded and, whaddayaknow, the guy seems to be solid. Is it because he’s famous? Rich? Incredibly handsome? Stop smiling, old man, you’re freaking me out! This film could not be more 90s if it tried. A mockumentary that is probably more relevant today than it was back in the day of no filters. And then, of course, the subtly seeping humour puts a cherry on top. 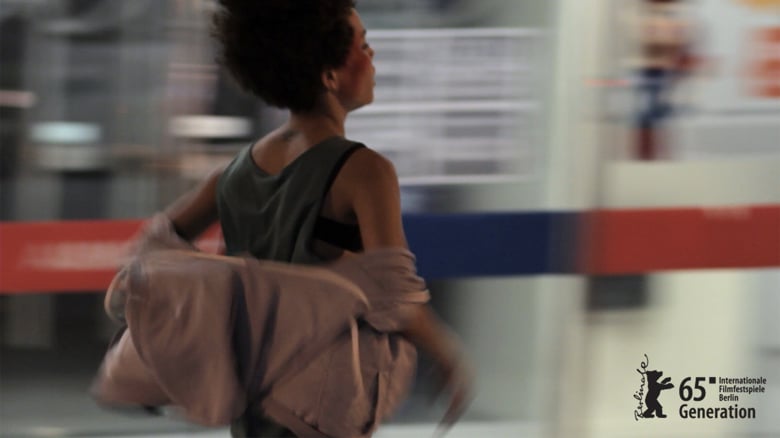 Todo un Futuro Juntos – Pablo Remón Someone overheard a conversation between two Madrid bankers in a bar and now it’s a film. The older banker has hit the mid-life crisis and is crashing spectacularly. Layer after layer the film reveals the true state of affairs, until everything starts to seem like a divine intervention. Meanwhile, the younger banker is caught a little bit off guard and tries to comprehend the depths of life beyond the suit, the tie and the traditional narrative. Because he just hasn’t arrived there.. yet.

Apotasia – David Pantaleón ‘Apostasy is the formal disaffiliation from, abandonment of, or renunciation of a religion by a person’ (Wikipedia). A three-minute.. flash of how Spanish priests, apparently, do it in Madrid. The liberation of spirit in all its.. glory. The moment of.. propelled sincerity. Not much more can be commented on without.. revealing the.. twist.

#Ya – Florencia Rovlich, Ygor Gama  Madrid that fights, makes love and falls asleep. The sleep is restless, though. Because young souls are not designed to rest. They are designed to question, spark, protest.. and see it to the dawn. The skilful, poetic camera work captures moments of civil unrest in the capital. It shows you everything you need to know about Madrid tonight: its mood, its mayhem, its magic. All the holes in its tights, all the mad spirals in its hair.

? – We keep an archive film, a little surprise for the night. A classic old gem to put Madrid a bit context…

This is going to be a special night.

Cinemaattic is back! Make sure you secure your tickets in advance.

Summary
Event
​Madrid, Madrid, Madrid | Cinemaattic + Scalarama
Location
​ Lauriston Hall / CCA Glasgow,
Starting on
18/09/2019
Ending on
27/09/2019
Description
Part of Scalarama 2019, Cinemaattic start a promising season ahead with the best independent cinema from Spain and Latin America, bringing a programme of short-films focused on a very particular town, Madrid. Protagonist, voyeur city, Madrid has seen the changes in contemporary Spain from a privileged point of view. Madrid resisted Franco’s bombing during the civil war, Madrid was the protagonist of Spain’s young democracy -embodied in Almodovar’s films- rebel, fresh, anarchic. Madrid was the protagonist of the anti-austerity movement in Spain and the 15M -or indignados- movement. It seems like a good time to rethink what we know and how we see Madrid through films.
Offer Price
GBP 7
Buy Tickets